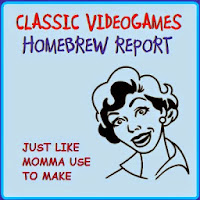 Eat people to avoid starvation, but watch out for that pesky Coast Guard!

In Hunger Shark you play as a shark with an insatiable appetite.- To move Hunger Shark, point the joystick in the direction you want him to move.

- To eat people, Hunger Shark must sufficiently overlap them. Doing so gains you points, and replenishes a bit of your Hunger Bar. 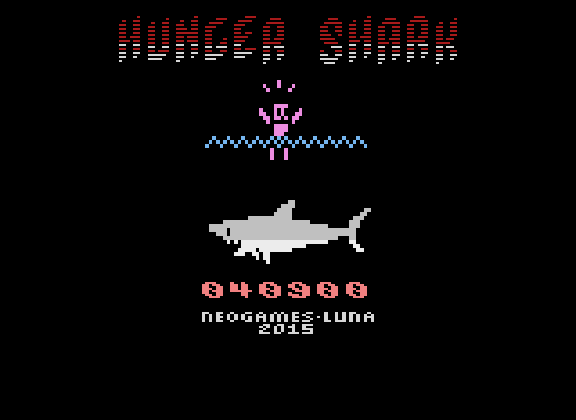 - If your Hunger Bar drains completely, you will die of starvation.

- After some time, when the water becomes blood red, the Coast Guard will send a patrol ship and shoot at you. 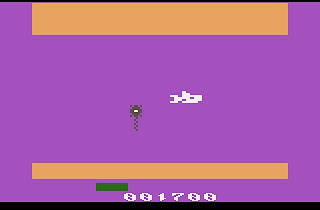 - Touching a squid collects it for later use. Using a squid, by pressing fire, will replenish your health completely, but will spray ink, thus turning Hunger Shark and the water black for a time. You can carry up to three squids at a time, but touching them will always yield 1000 bonus points. 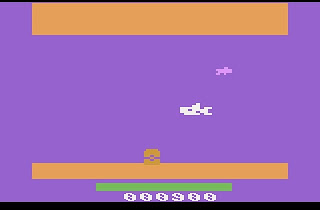 - Treasure is known to pop at the sea floor from time to time. It may not be nutritious, but it does yield 1000 bonus points.

- Mines will periodically spawn near the bottom of the screen, so be on your guard!

- The game increases in difficulty slightly with each level. 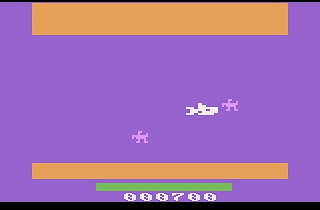 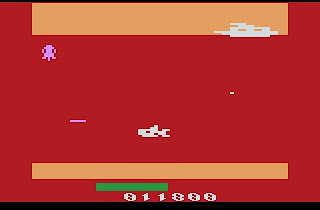 Posted by Neotokeo at 6:58 PM No comments: