The Island of the Dolls

On a creepy island in a creepy swamp south of Mexico City there’s a place that looks like the stuff of nightmares and horror movies. Here, among the scraggily branches and dead trees hang hundreds of old, mangled dolls. 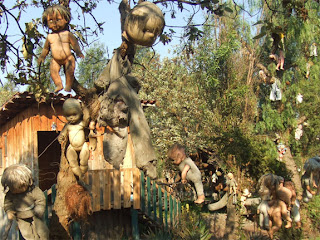 The winding canals of Mexico City’s ancient Xochimilco district harbour a disturbing and exceptional locale. Within the meandering waterways of the quiet wetlands, eighteen miles from the city’s centre and away from the mariachi bands and most of the colourful trajineras, lies a small island on Teshuilo Lake where a spectacle can be seen that is so unique and macabre it is quickly gaining worldwide infamy. Amid the native trees and the overgrown wetland flora that populates the diminutive island, thousands of children’s dolls cling to branches, tree trunks and other unusual perches, all in varying states of decay. Their sightless eyes and lifeless limbs swaying silently in the gentle Aztecan breezes until the veil of night falls upon the land and, as the local residents claim, the dolls become animated by the spirits of the dead and beckon the unwary to a watery grave. 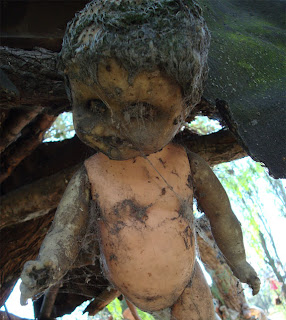 Half a century ago, in the late 1950s, Don Julian Santana Barrera moved away from his wife and family and came to inhabit the island, which was then a lonely, uncultivated spot and seemingly perfect for Julian’s hermit-like requirements. A native of the Xochimilco district of La Asunción, he had been an able farmer and had wandered the settlement’s streets selling his produce from a wheelbarrow. Despite being profoundly religious he eventually fell into alcoholism and began begging for money to supplement his income. He was soon labelled a drunken nuisance and the local people tired of his drink-fuelled behaviour. It wasn’t long before he was moved on and, bitter at his treatment, he sought a peaceful refuge away from the meddling of other people. Somehow, he found Teshuilo Lake and he decided to settle on the little island. 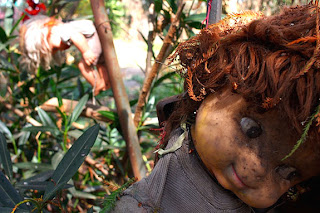 But Julian would not find serene solitude for long. A child’s voice he claimed, a mere whisper on the wind, would speak to him and the message it gave interrupted his solace forever. What the voice whispered is up for debate, but where it came from is the stuff of local legend.

It is said that many years before Julian’s tenure, in the 1920s, three young girls were playing on the island, only for one to drown, falling into the murky waters near the small pier. The neighbouring inhabitants claimed that the dead girl’s spirit still lingered on the island, unwilling or unable to sever itself from the corporeal world and find the peace that she sought. The island soon gained a degree of local infamy and few dared to trespass on the supposedly haunted land, especially at night when strange voices could be heard. Now, with Julian’s arrival, the drowned girl’s spirit once again had someone to talk to, and she told him of the manner of her demise and made a request of Julian, asking him for offerings of dolls, not only so she might have something to play with but also to ward off the ancient, evil spirits that wandered the prehistoric wetlands. Julian listened to the girl’s plea, and, wanting to appease the spirits, soon began to scour the area, searching the rubbish dumps and plucking any unwanted dolls from the flowing waters of the gloomy canals.

For decades it seemed that Teshuilo Lake was forgotten by the outside world and Julian made the place his home away from the living, tilling the earth and collecting dolls. But then in 1990 the entire area of Xochimilco was named a site of national heritage. A multi-million pound civic program was undertaken three years later to clean up the canals, and soon water traffic once again passed by the island.

At first the people considered Julian to be something of a madman; a crackpot who would fish discarded dolls out of the canals because he thought they were real children that he could nurse back to life, but eventually it was realised that he was merely a harmless old man with an eccentric habit. In addition, he had cultivated such a superb garden that the locals began to trade with him for his produce, bringing of course, old dolls to swap for the fresh fruit, vegetables and other plants that he grew. And so, the island was nicknamed La Isla de las Muñecas (The Island of Dolls) and the plastic inhabitants were joined by more and more of their ilk, until hundreds of assorted dolls hung from the branches and foliage.

But no amount of dolls seemed to slake the spirit’s thirst, and soon hundreds turned into thousands as the island became festooned with the strange offerings, an ever-growing memorial dedicated to appeasing the young girl’s lingering spirit and keeping the evil forces at bay. Julian even went so far as constructing a small shack for the purpose of housing a shrine dedicated to the little girl and the most special dolls he was given.

On April 21st, 2001, Julian enlisted the help of his nephew, Anastasio Velazquez, to move mud and water from a small section of the canal in preparation to plant pumpkins. It was ten o’clock on a bright Tuesday morning and after the laborious task they shared a small meal before going fishing. 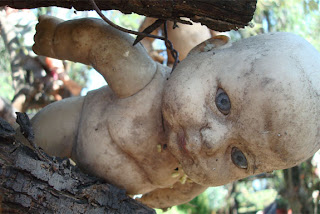 After a while Julian put down his rod and began to sing. He told Anastasio that what he called ‘mermaids’ had recently been calling out to him from the depths of the canals, urging him to follow them and enter their aquatic domain. The strange beings had been beckoning to him all day, but Julian insisted that they had visited him many times before and that singing would keep them at bay. The two men carried on fishing together until Anastasio left to tackle some errands. When he returned shortly after eleven o’ clock, he discovered his uncle floating face down in the canal near the small pier –almost at the exact same spot where the girl had also lost her life. 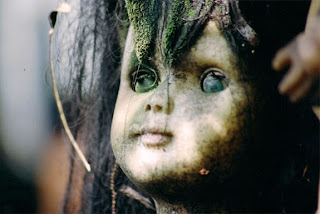 Xochimilco coroners pronounced Julian’s cause of death to be heart failure, but had the eighty-year-old finally given in to the otherworldly voices and followed their instructions, entering into the deathly grip of the gloomy waters, never to emerge alive just like the young girl that he insisted whispered to him from beyond the grave? Even now, some people think Julian’s spirit has joined the drowned girl’s and attached itself to the island, wandering among the decaying dolls and warding off sightseers. 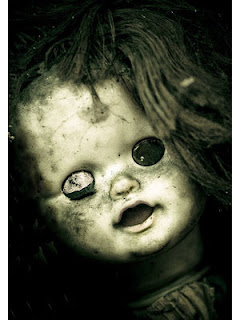 Despite Julian’s passing the dolls remain behind to stare at the visitor with eerie, inexpressive eyes. That is if they have any eyes at all; many of them are headless, limbless and burnt and all have been discoloured by the elements, in many cases creating even more unnatural and disturbing visions: a curious mixture of neglect and love that swing silently, forebodingly in the trees. Everywhere the visitor looks, mottled, blistered faces stare back. Even the flora and fauna have come to live with the island’s plastic denizens with plant-life sprouting from acceptable perches and exotic spiders living within doll’s cavities, their webs spun inside mouths and eye sockets.

In spite of their decay, the dolls are still said to become animated at night and move and whisper to travellers, offering a ghastly invitation to visit their home and perhaps perish in the waters surrounding it. Anastasio does not live on the island, but he claims that he himself has witnessed the dolls moving by themselves, turning their heads and twisting their limbs unnaturally. Is this the spirit of the drowned girl as the locals insist, or has Julian’s phantom attached itself to the island he came to love? Whatever the truth is, La Isla de las Muñecas remains an striking sight and the four hour round-trip to the island is becoming ever more popular, and, since Julian’s demise, La Isla de las Muñecas is set to be one of Mexico's strangest tourist attractions, with visitors bringing offerings of candles, sweets and of course, dolls. It is their donations that allow Anastasio to take care of the island and keep it open. “Some days we have up to 50 visitors,” says Anastasio. “Other days no one will come, but the average number is 20.” Television program makers are also becoming a regular source of income for Anastasio and the curious island of dolls is fast-accruing world-wide fame. 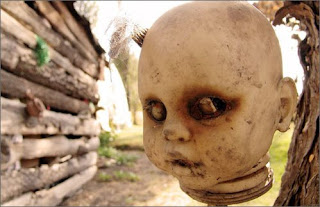 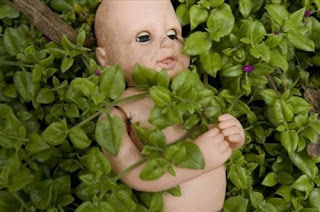 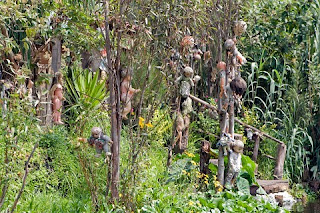 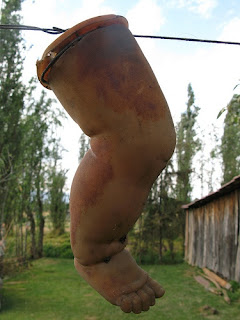 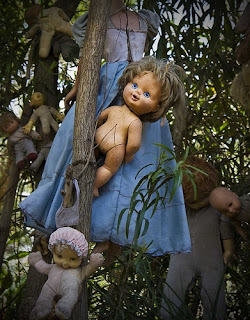 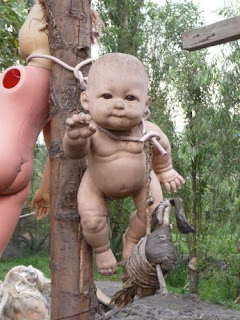 Posted by Neotokeo at 9:33 AM No comments: